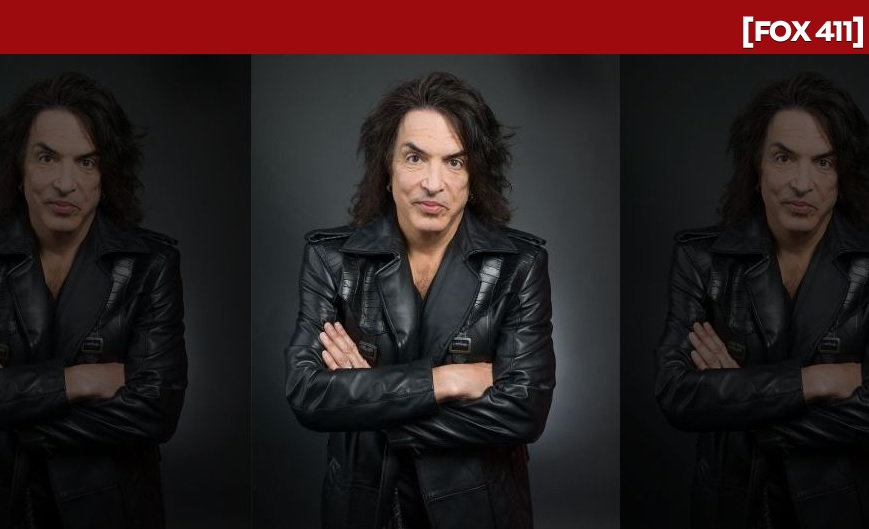 Kiss frontman Paul Stanley feels a strong connection to the title character of “The Phantom of the Opera,” and not just because he’s spent nearly 40 years onstage with his face covered in paint.

“Here’s somebody who has a disfigurement that they’re covering and they’re trying to reach out to a woman and, as much as they want to do it, they don’t know how. Well, that pretty much summed up my life, you know. Only I wasn’t living in a dungeon under an opera house,” Stanley said.

That’s because the 62-year old musician was born with a congenital deformity that left him deaf in one ear, making it hard for him to communicate or do well in school.

The recently inducted Rock and Roll Hall of Famer describes his long, and sometime painful, journey from his “less than optimal childhood” in New York City to the mega-success of rocking all night and partying every day with Kiss in his autobiography, “Face the Music: A Life Exposed” (Harper One).

“This isn’t a Kiss book. This is really a book about my life. I was steadfastly against the idea of doing it for decades, because the great George Orwell once said that the autobiography is the most outrageous form of fiction,” Stanley said. “But I realized it could be inspiring to people.”

Stanley wants to show people that despite having the deck stacked against them, it’s possible to overcome adversity. But it took him a long time to do so.

“I was an angry, dysfunctional kid with a real image problem and a hearing problem that put me under constant scrutiny,” Stanley said. “Growing my hair was the start of covering it up.”

Stanley says stardom and wealth only masked the problem, and it wasn’t until realized that the key to his own happiness was through family and friends.

Along the way, he also found a calling in a different type of stage performance when he appeared in the Toronto production of “The Phantom of the Opera” in 1999.

Despite his long career in one of music’s hardest rocking bands, Stanley said his musical appreciation always covered a lot of ground, including being an ardent fan of musical theater.

“I grew up with a greater appreciation of Rodgers and Hammerstein, Lerner and Loewe, Stephen Sondheim,” Stanley said. But he regards the composer of “Phantom of the Opera” above them all.

“Andrew Lloyd Webber is actually more than rock. He’s much closer to, I believe, Puccini and Verdi. Some music snobs would take issue with that, but that’s why we’re not on the same wavelength,” Stanley said.

Stanley regards his stint as the Phantom as a turning point in his career. After seeing the London company perform the show in 1988, he said it changed his life.

“I had this momentary revelation, an epiphany where I went, ‘Wow, I can do that,'” he said. “And it was the same thing I did when I saw the Beatles. I was a fat little kid who couldn’t play an instrument but I looked at them and said, ‘I can do that.'”

Eleven years later, Stanley got a call from his agent asking if he’d be interested in auditioning for the part of the Phantom and got to play him with the Toronto company, what he calls “the hardest work I’ve ever done.” When that ended, he went back to concentrating on his highly successful band, but gained an even greater appreciation for the art form.

After the experience of performing eight shows a week, Stanley had this to say: “Anybody in rock ‘n’ roll who actually complains about the discipline and the workload should actually be flipping burgers because we have a lucky, lucky life.”