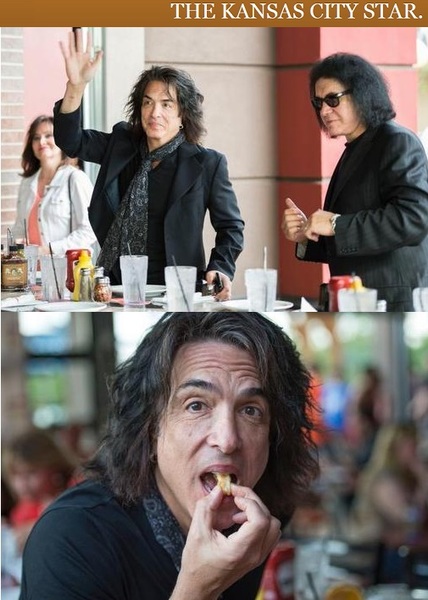 KISS co-founders Paul Stanley, Gene Simmons visit their Overland Park restaurant
By JOYCE SMITH / The Kansas City StarKISS co-founders Paul Stanley and Gene Simmons are in town for a benefit at their new Rock & Brews restaurant on Thursday, an event that quickly sold out.But they also are scheduled to have a bite at the restaurant at 6:30 p.m. tonight, May 28. It will be a casual way for fans to stop by to say hello and take photos.

The Overland Park restaurant is in the new Prairiefire center at 5701 W. 135th St.

The first Rock & Brews opened in the Los Angeles area in 2009. Now there are three Rock & Brews there, one in Los Cabos, Mexico, and another in Maui. Restaurants also are in development in Arizona, Florida, New Mexico and Texas.