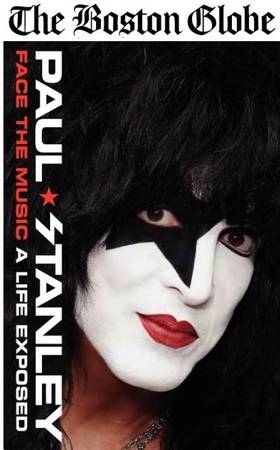 It should’ve felt like a triumph: Kiss finally inducted into the Rock and Roll Hall of Fame.

Instead, says Paul Stanley, founding Kiss singer-guitarist, it felt, at times, like an insult.

“If it takes somebody 14 years to invite you to a party, they obviously don’t want you at it,” says Stanley, on the phone from his home in Beverly Hills, Calif., not long after the induction ceremony in Brooklyn last month. “We were treated absolutely horribly, as unwanted guests.”

Stanley had nothing but praise, however, for former Rage Against the Machine guitarist and current E Street Band touring member Tom Morello, who inducted Kiss with a fiery speech defending the band’s legacy. (The ceremony will air in edited form on HBO on May 31.)

Backstage at the Barclays Center that night Morello said of Kiss, “They were our generation’s Beatles, our generation’s Elvis, our generation’s Rolling Stones. They made everyone who loved that band want to pick up an instrument. Also, it was a conscious act of rebellion to be a fan of Kiss. You immediately put yourself not only in opposition to authority figures, to parents, but to other kids in your school who wanted to beat your ass when you wore a Kiss T-shirt to school. So you had to stand up for yourself and what you believed in at a very young age and that made an impression on me later in my career.”

The band is celebrating its 40th year of rocking and rolling all night and partying every day and on the phone Stanley is brimming with excitement about everything from Kiss’s upcoming summer tour to his recipe for Brussels sprouts. (“Use really good balsamic,” he counsels of making the dish.) At 62, Stanley says he is “one happy man.”

One source of that joy is his best-selling new memoir, “Face the Music: A Life Exposed,” which he will sign copies of at Barnes and Noble on Boylston Street on Sunday.

In the candid autobiography Stanley writes extensively about the challenges of growing up deaf in his right ear, with only a stump where the ear itself should be, exposing him to endless ridicule. (He later had reconstructive surgery.) Troubles in school and with his peers and parents left him riddled with insecurity that could not be healed by hit songs and groupies.

“I couldn’t have written the book if it didn’t have a happy ending,” says the New York native of seeking help and settling into family life with his second wife, Erin, and his four children. “The point really is, we can hide our secrets but we can never hide them from ourselves, and the only way to find happiness is to let go of those secrets.”

“I was lucky enough to become famous because I thought fame was the answer,” he says. “And then once you come to the realization that you’re still miserable, you either put a shotgun in your mouth or you put a needle in your arm, or you roll up your sleeves and decide you’re not going to be a victim.”

Stanley is the last member of Kiss to release an autobiography, and he says he did not read those of his former drummer Peter Criss and guitarist Ace Frehley or remaining cofounding bassist Gene Simmons.

“It’s very hard for somebody to recall their past and their lives, when they are steeped in alcohol and drugs,” says Stanley of Criss and Frehley, who battled substance abuse during their tenures with Kiss and are now in recovery. “The idea of somebody writing a memoir when they can’t remember what happened yesterday is a little ridiculous. So no, I didn’t read them.”

But what of the famously sober Simmons, who has written several books?

“Yes, delusional, but sober,” he says with a laugh. “He sees life his own way and that’s very different.”

Although Stanley is joking, to a degree, and often calls Simmons a brother, he makes clear in the book that from the moment he met him, Simmons got under his skin.

“I think one of the great things in a band is combustibility,” he says. “If there’s too much that you have in common you don’t bring that much to the party. So I’m all for combustibility, we just have to be working toward a common cause. The combustibility in the original lineup was bearable until everybody wanted something different.”

Stanley believes “Face the Music” will appeal to more than fans of Kiss and his “Starchild” band persona.

“It’s really a book about struggling, finding yourself, and coming to a place of contentment against all odds and obstacles and that resonates with people far beyond whether or not they like Kiss,” says Stanley.

“In the most pragmatic sense, money becomes harder and harder for people to come by and the idea of being able to give them a night of great music from two bands benefits all of us.”