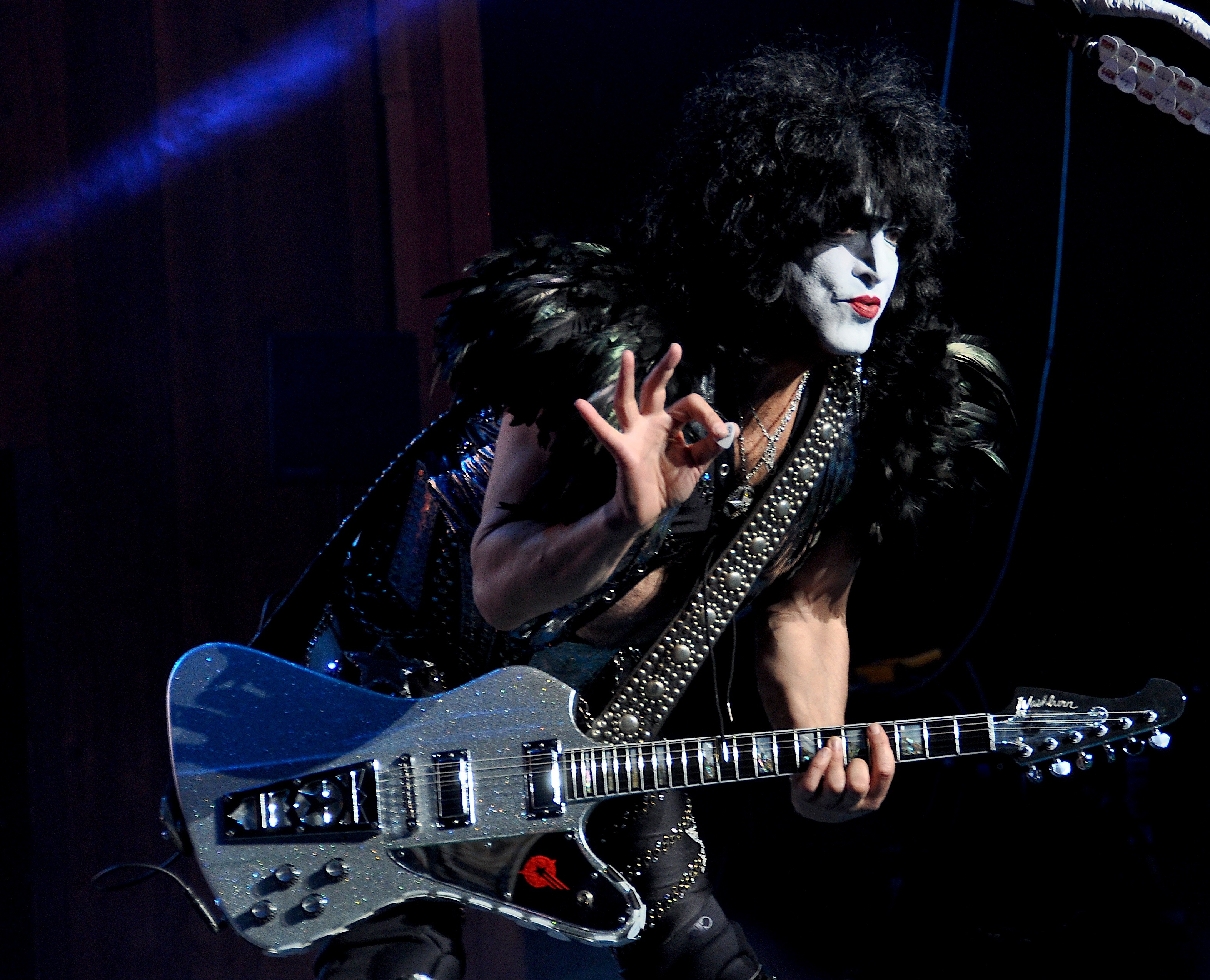 One thing that becomes perfectly clear early in our conversation with Paul Stanley of KISS is that he doesn’t give a damn what the critics think. Instead, it’s the fans that have followed KISS since day one of their 40-year history as a group that really matter to the longtime singer and guitarist. During a phone call prior to the band’s current tour with Def Leppard, which stops in at Blossom Music Center this week, Stanley was happy to tell us exactly why the opinions of critics, “present company excluded,” as he added, don’t hold a lot of weight in his world.

“They didn’t go to school to get a degree in being critics — in a sense, they’re entertainers and they’re given a lot of credence by some people and ignored by others,” he says. “I don’t need somebody to tell me what good food is. Good food is what I swallow and bad food is what I spit out. Likewise, I don’t need to be educated about art or music, because it’s totally subjective. The people that count are the people who pay hard-earned money for tickets, hard-earned money for CDs, hard-earned money for T-shirts, belt buckles or whatever. So why would I chase the approval of people who really haven’t taken the test? So no, not at all. You’d have to ask the millions of people who are happy that we’ve done it. To this day, I still have issues with critics and with politics of critics and I am proud of what I’ve done and proud to continue doing it.”

“It was never about the makeup,” he says. “It was always about the kind of band we wanted to be. I was fortunate enough as a teen to have seen Humble Pie, Led Zeppelin — and I’m not talking about in arenas and stadiums, I’m talking about small places. So Humble Pie, Led Zeppelin, Jimi Hendrix Experience, the Who — the list goes on and on. Those were the bands that inspired me. So how we chose to dress it up came secondly. It was always part of the big picture, but it was never ‘Let’s wear makeup and play music.’ It was, ‘Let’s play music and wear makeup.’ So the priority was always how much horsepower is our engine going to have and then what color are we going to paint the car?”

Cleveland, as Stanley recalls, has always been a special place for the group.

“Musically, I always remember the Agora, which was one of those great stepping stones to playing your theaters,” he says. “It was a great concert club and attracted a lot of great bands and we had a lot of fun there. The fun usually continued at Swingo’s, which fortunately or unfortunately is long gone. That was a hotel that was in a way a monument to everything rock and roll. You know, Cleveland, whether it was ‘MMS….there was definitely a Cleveland mindset that was very, very appreciative and very tuned into what we were doing, from very early on.”

The Belkin brothers and their organization would book the band and play an important part in helping KISS to establish an audience in Northeast Ohio.

“There was a time where each region had a promoter or choice of promoters and some of those guys were terrific and the cream always rises to the top,” Stanley says. “Jules Belkin and his whole family, they were our Cleveland family. I still love seeing any of them, Mike or Jules or any of them.”

Stanley recently released his autobiography Face the Music and as he looked across the crowded landscape of rock books, he knew that his book was going to be different.

“I think that most books written by entertainers should be written on rolls of soft toilet paper, so that they would have a better use. I don’t see any purpose in writing a self-congratulatory love letter about supposed accomplishments and remembrances that may or may not have happened. What’s the point? The only reason I wrote a book was because I began to think that my life and where I started and where I ended up could inspire other people to find their own path. Also, for my children to better understand what it took for me to succeed. Unless there’s a purpose like that that serves other people, what’s the point of writing a book?”

KISS has made its share of headlines throughout its history, both onstage and through their words in interviews. As Stanley himself acknowledges, he knows how to throw out a good line that will wind up in the press. But with Face the Music, it wasn’t about milking his life story for personal benefit.

“My book needed to go deeper than that,” he says. “My book had to expose my life so that other people might be able to identify with it. The concept of your heroes or the people who inspire you as [being] perfect really undermines you as a fan. I wanted to draw more of a sense of commonality and perhaps it would make some people realize that we all have similar issues and then it just comes down to [figuring out] how do we deal with them?”

KISS finally found their way into the Rock and Roll Hall of Fame earlier this year, and it was an event that caused a lot of debate because of how things were handled. The Hall chose to induct only the original members of the group — Stanley, bassist Gene Simmons, drummer Peter Criss and guitarist Ace Frehley. When induction night rolled around, the group would present a united front onstage, but Stanley and the individual members were disappointed with how the events leading up to the ceremony unfolded.

“Unfortunately all of my worst suspicions about the Rock and Roll Hall of Fame were all confirmed by the way things were handled,” he says. “I mean, you can’t separate the methodology from the Hall itself. I’ve not been in a position where I have to put up with crap from anybody and people who hide behind an organization when they’re actually pulling the strings and people virtually have no vote and where rules are made to be broken and manipulated to suit the [purposes of the] people behind the scenes. I had heard stories and thought that all to be true and now I can confirm it absolutely is.”

During his speech at the induction, Stanley had warm words for his bandmates, both past and present, saying, “We are the original four, so we could not have done this if we didn’t start this together. Everything we’ve done is built on the past. We’ve got a great, great legacy. We’ve got Bruce [Kulick] here, we’ve got Tommy [Thayer], we’ve got Eric [Singer].”

“The band has never been better,” he says. “The band has never sounded better and the band has never gotten along better. We are proud and steeped in our past, but we don’t live exclusively there. I’m very happy to get up every night and play with those guys. I just saw them yesterday at the press conference and we just have a lot of fun. We laugh a lot and there’s a work ethic, which is something that I’m proud of, where everybody wants to make the and as great as it can be. That’s how you become more well-known and respected.”