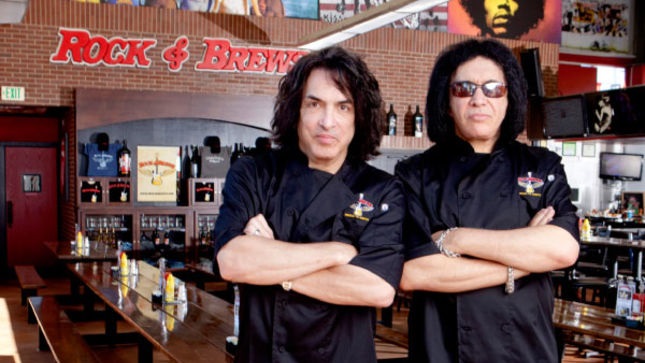 Over in Oviedo, KISS-fueled comfort-food source Rock & Brews has been open since mid-November, giving locals chance to check out the cuisine before restaurant owners Paul Stanley and Gene Simmons throw the restaurant’s official grand opening, which is set for Tuesday, Jan. 6, and benefits the Orlando VA Medical Center.

According to the press release, at a luncheon planned for midday, the KISS superstars have invited more than 100 wounded soldiers, veterans and active duty military personnel to dine at a private event. After the lunch, the event opens to the public between 2-4 p.m. when $200 buys you a meet and greet with the KISS rockers, two alcoholic beverages (or unlimited soft drinks), a sample of Rock & Brews food and a photo opportunity (Instagram alert?) with Simmons and Stanley. Tickets went on sale Dec. 5. CLICK HERE to buy tickets now.

The press release also says no less than $10,000 will be donated to the Orlando VA Medical Center’s new Fisher House in Lake Nona.