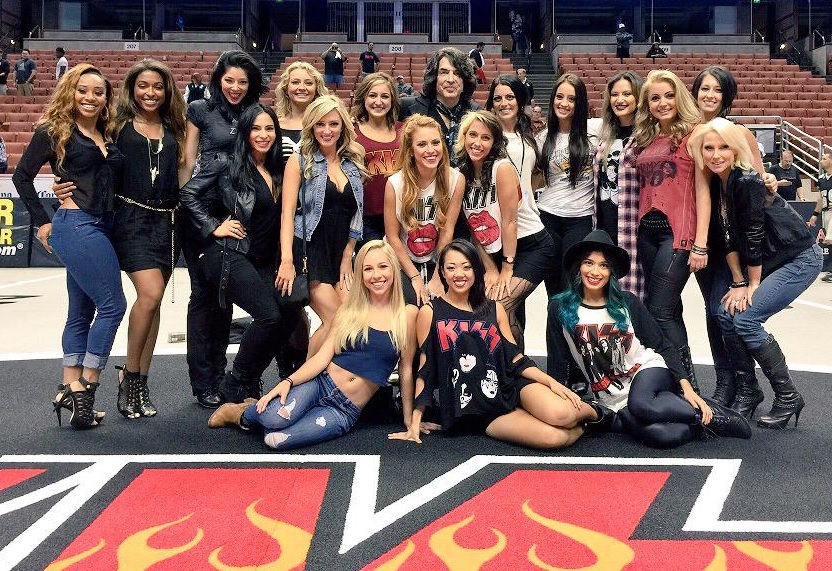 Players, coaches, executives, cheerleaders and even Choco Bear, the fuzzy mascot from Children’s Hospital of Orange County, gathered inside Honda Center on Thursday afternoon. They served as backdrops for the most famous person in the building, Paul Stanley, the longtime lead singer of the iconic rock band KISS, who has ventured into the Arena Football League as part-owner of the Orange-County based Los Angeles KISS indoor football team.

Stanley stood on a podium that sat atop the silver game-day turf, grabbed a microphone as he does best and began talking football. But before he could start promoting KISS’s upcoming season, set to begin March 27 at the Portland Thunder, he took a moment to beg for forgiveness after last year’s rough debut, which ended with a 3-15 record and an organization full of disappointed players, coaches, executives and owners, many of whom are no longer around.

Stanley and his ownership partners, who include fellow KISS band member Gene Simmons, instigated changes to the top levels of management within the organization, betting those moves would filter down and create a change in attitude and culture within the locker room.

The way he sees it, things couldn’t get any worse.

“There's life after death, because I saw the team last year and it didn’t look good,” he said.

One element that wasn’t overhauled is the head coaching position. Bob McMillen is back after experiencing his first losing season as a coach or player since middle school. The AFL Hall of Fame member took full blame for what happened on the field last season, but was also optimistic his team could turn things around.

“I know there were a lot of promises and guarantees last season that we didn’t fulfill,” he said. “But the one thing I will promise this year is we will play our hardest every time we step on the football field.”

The roster includes a bevy of new players as well. Adrian McPherson, who played two seasons at Florida State, is expected to take over the quarterback duties. The former sixth-round pick of the New Orleans Saints has bounced between the AFL and Canadian Football League the last 11 years, spending last season with the Calgary Stampeders of the CFL.

Stanley said he plans to be more involved in the day-to-day operations of the club, if only to keep a better pulse on the attitude from the top down. He doesn’t want any reason for the organization to fail to improve in its sophomore year.

“You can talk it, but you’ve got to walk it,” Stanley said. “And we’re walking it big time.”