Buena Park gets rock star treatment from members of KISS 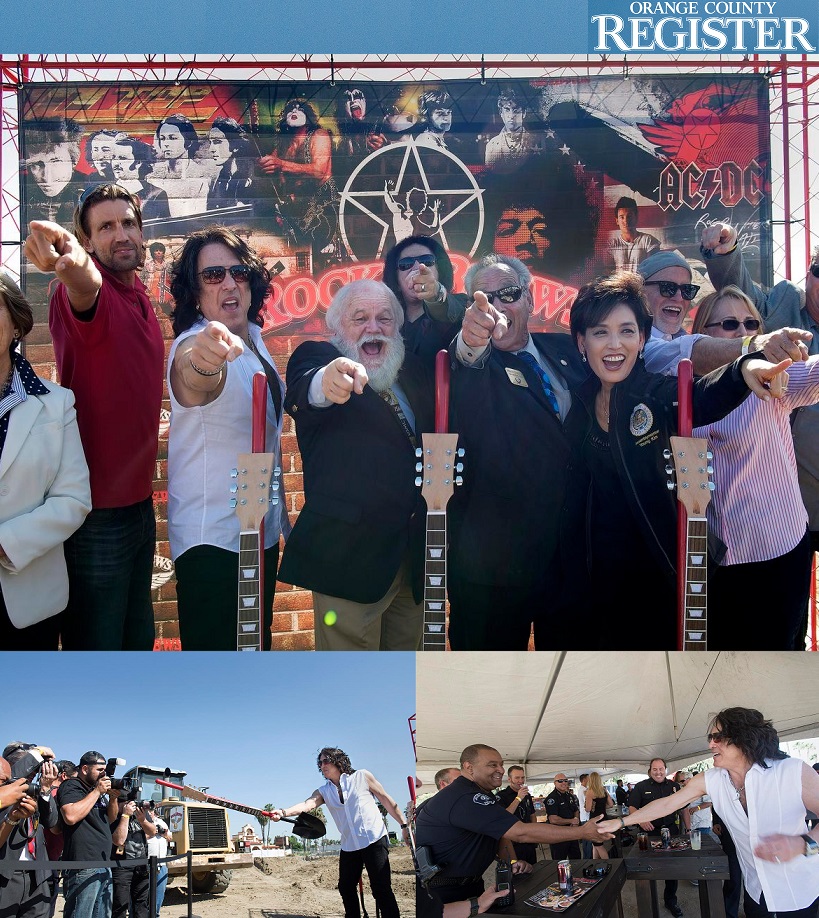 The restaurant will be the chain’s ninth in the United State and fourth in California, and will welcome children and dogs, feature an outdoor patio and have the chain’s first beach volleyball court.

“Rock & Brews is a rock-inspired, family friendly rock and roll atmosphere,” said Stanley, who serves a consultant and spokesman for

the chain along with Simmons. “This is going to be Rock & Brews’ biggest and best restaurant yet.”

Stanley and Simmons are also part owners of the LA Kiss indoor football team that plays at the Honda Center.

The 1.4-acre property, which was owned by Buena Park’s now-defunct Redevelopment Agency, symbolizes the city’s aggressive efforts at revitalizing the area, portions of which had become run down. The property is among 20.6 acres purchased by the redevelopment agency that are being sold off to developers.

“The place where we are standing right now was once a blighted motel,” City Manager Jim Vanderpool said. “What a great new family friendly attraction we are bringing to the city.”