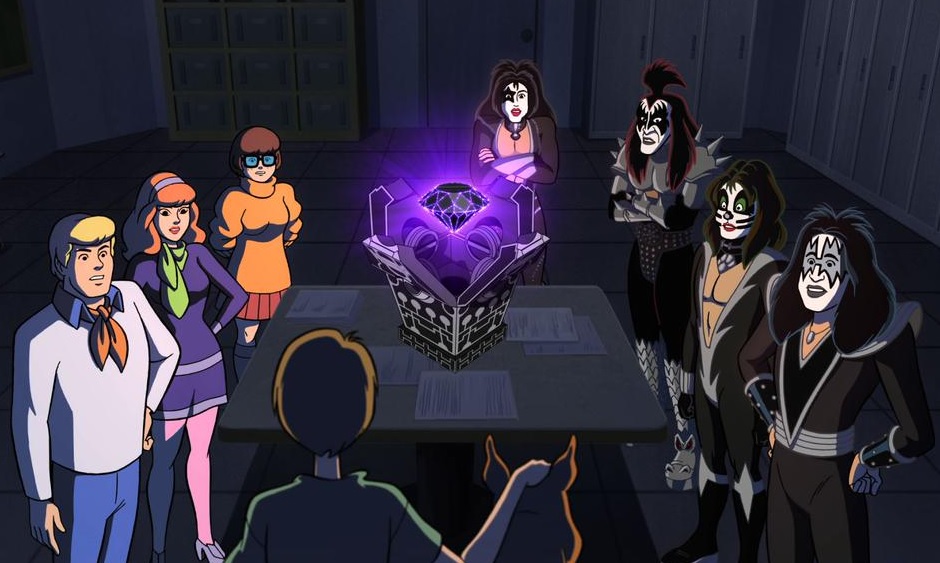 The super-sleuthing canine and "the hottest band in the world" are teaming up in the animated film Scooby-Doo! and Kiss: Rock and Roll Mystery, available July 10 on digital HD platforms and July 21 on Blu-ray/DVD from Warner Bros. Home Entertainment.

Kiss members Gene Simmons, Paul Stanley, Eric Singer and Tommy Thayer voice their own characters in the movie, which centers on a Halloween concert at the group's amusement park Kiss World. Scooby, Shaggy and the rest of the Mystery Inc. gang drop by to hear some tunes but wind up partnering with the musicians to take on the Crimson Witch, a spooky lady with a nefarious plan to summon the evil and powerful Destroyer from the alternate dimension of Kissteria.

This isn't the first time Kiss and Scooby have shared screen time: The band also appeared on a 2003 Halloween episode of What's New, Scooby-Doo?