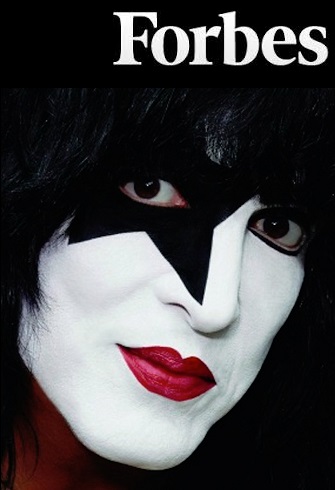 “It’s a pretty safe statement to say that most entertainers have self worth issues and image issues, inferiority issues.” That’s KISS’s Paul Stanley, talking to me about his new memoir, Face the Music: A Life Exposed. “ Let’s face it, getting up on a stage or getting up in front of people is not a normal thing to do ,” he continued. “You do it because you’re seeking approval on a mass scale when you don’t get it on a small scale. So if you’re not going to address that as you become successful then the clock is ticking because of all the possible poisons that will enter into your life. Unless you can look elsewhere to remedy whatever the problems are, you’re a fatality waiting to happen, if not in terms of your life then certainly in terms of your career.”

The statement isn’t too surprising given that KISS is increasingly known for their internal strife. The conflict over KISS’s legacy – and the people who go down in history as the architects of its success – has come to head over KISS’s recent induction into the Rock & Roll Hall of Fame and Stanley’s refusal, along with co-founder Gene Simmons, to perform at the ceremony with the band’s original lineup.

The details of their beefs are available elsewhere. My conversation with Stanley focused on how he avoided the career suicide that led to the ousting of original drummer Peter Criss and the ungraceful exit of original lead guitarist Ace Frehley.

First was the realization that the flip side of success is the inevitable precipice you reach. Here is how Stanley describes it in his book: “I was being pulled up the big hill, knowing we were going to reach the top at any moment and then plunge down the other side, falling, screaming, with no control whatsoever. I could feel the momentum, the process of being pulled up the hill. I could tell we had reached a point of no return. All I could do was hold on real tight.”

But the inevitable fall wasn’t Stanley’s real problem. The real problem was that he had nothing to hold on to, no loved ones to ground him. The relationships he did have were, for the most part, toxic.

He realized that these people were not giving him the kind of love and attention he really needed.

Looking back now, Stanley’s advice for people coping with success is to surround themselves with people who have their best interests at heart. “Anyone who is pursuing success knows how lonely it can be and that having a support team or people who are blazing the path with you is very reassuring and gives you a shoulder to cry on and a team to celebrate with,” he said. “No victories are won by individuals. The key to success is always teamwork.”

Perhaps the most important lesson offered in Stanley’s book is that trappings of fame and stardom will never replace the love of a family. For many years, all Stanley would think when he left the stage was, Now what? At home, he felt a hunger for what success could not give him: love.

“The most sobering thing can be for somebody who is unhappy that seeks success as a way to fulfill their insecurities is to find out that it changes nothing,” he told me. “What do you do then? You either medicate yourself or you decide to find out what you really need. My story is about finding out what I really needed.”

Ironically, what Stanley found was that his needs are the same as the rest of us: being loved for who he is, fathering children, and finding a place to call home.

Has finding love killed the spirit of his music? He doesn’t think so. “There is a commonality between people. If you do something that you deeply feel fulfills the need in you, it will fulfill a need in somebody else,” he said. “I have the same passion for life and the same passion for creating. What’s missing is the turmoil.”