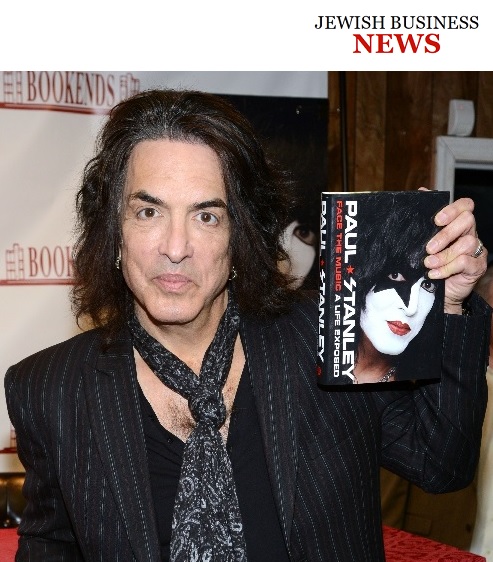 Paul Stanley, better known as Starchild to many,  as the  founder member as well as rhythm guitarist and  joint lead vocalist of the legendary hard rock band KISS, has lifted the lid off what  life is  like to be a member of a cult band for more than four decades in his recently released autobiography, “Face the Music: A Life Exposed.” published by Harper Collins.

Stanley, founded the  band way back in 1973, with  Gene Simmons, Ace Frehley and Peter Criss, and from the outset, Kiss were far away from being your average “boy band”, playing hard rock music, wearing black and white face paint and the most of flamboyant stage outfits, with their stage act featuring such spectacular effects as (simulated) breathing fire on the audience, exploding instruments  to name some of the tamer tricks they pulled out of their sleeves during their live acts.

The formula certainly worked with Kiss becoming one of the World’s leading  rock bands, selling in excess of  forty million albums in the United States alone, as well as one hundred  million records worldwide, making for  one of the  best-selling bands of all time.

In his autobiography, Stanley goes way back to his childhood in the nineteen fifties  and sixties, when he was growing up and learning to cope with  a condition called microtia, which meant that he grew up partially deaf, and with only one ear. He also provides provides insights on the dynamics within the band in its early days, his and Gene Simmons  problematic  relationship with Ace Frehley and Peter Criss which  characterized the band over  the four decades that they have been together.

Interviewed recently for the musical press on the launch of his autobiography, Stanley recalled  the conversations  that he had  with contemporaries in the music industry, pointing out that  the majority had complimented him  on his bravery for writing such a revealing book, which he explained by stated  that he needed to write it as a  personal  reflection on his life.

As well as as the many  thousands who have paid  Paul Stanley  the complement of paying out  close to twenty dollars each for a hard cover copy of  “Face the Music: A Life Exposed, similar praise has also come from  a number of Stanley’s contemporaries in the music industry, among them fellow hard rocker Jimmy Page of  Led Zeppelin, who recently stated that in his autobiography, Paul Stanley  has proven  himself as  much as a writer as a musician, while Elton John, not that much  less  flamboyant on stage, although with a considerably more subdued musical style, described Face the Music as  being  ”both honest and inspirational” containing  ”amazing tales from one of rock’s great frontmen.”