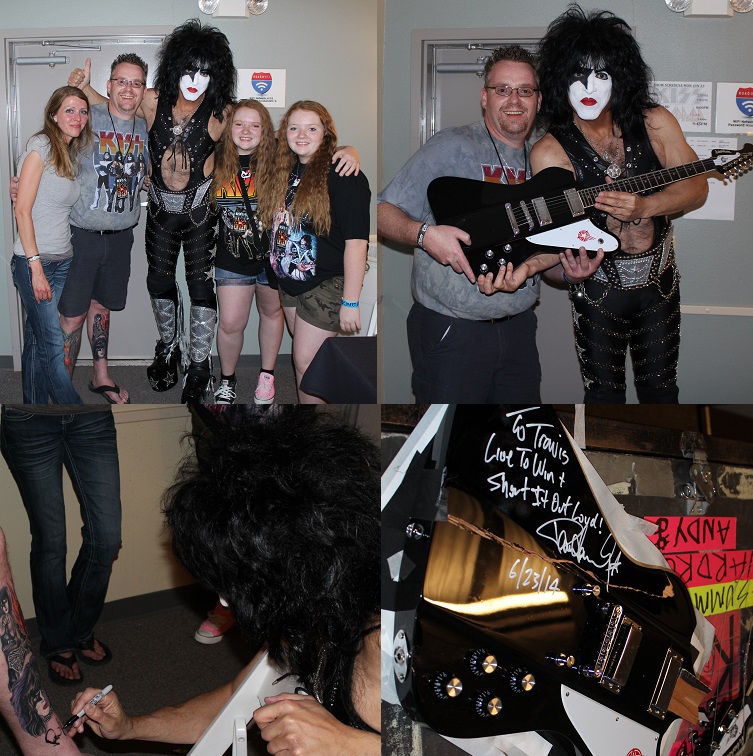 Top right – Travis and Paul with the guitar Paul smashed for him later that night.