A CONVERSATION WITH PAUL STANLEY 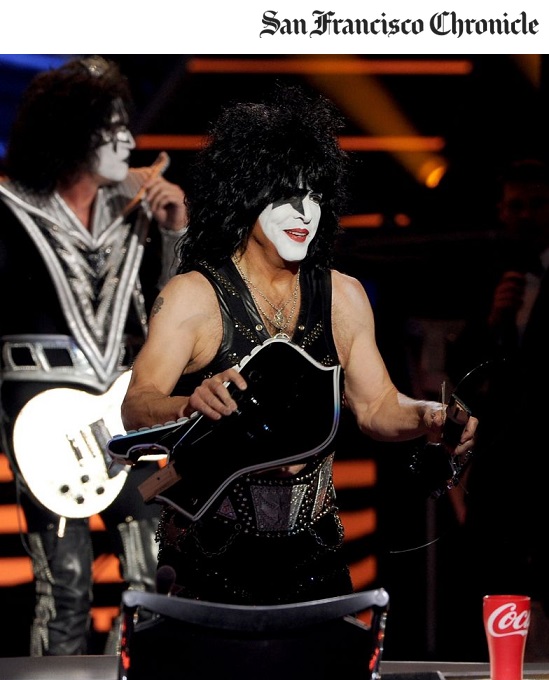 Kiss was inducted into the Rock and Roll Hall of Fame this year – only 14 years after the tongue-wagging, flame-breathing band became eligible. Oh, well. According to front man Paul Stanley, 62, who with Gene Simmons co-founded the group and kept it alive through various lineup changes, the honor means little compared with the loyalty of its fans. We spoke to Stanley at the Jewish Community Center of San Francisco when he was in town to promote his autobiography, “Face the Music: A Life Exposed.” Here is a very brief excerpt from our conversation. Kiss, on tour with Def Leppard, performs Wednesday at the Concord Pavilion.

Q: When was your favorite time to be a member of Kiss?

A: There’s never been a better time than now. Because Kiss shouldn’t be my life. Kiss should only be part of my life. And that’s what I have now. If we’re lucky we realize that life is really about family – your children, your family and your friends. Without that, the rest is hollow.

Q: How many times did you legitimately think that Kiss was over and done and when you walked off that tour bus that was the last time you were doing it?

Q: Even after the farewell tour?

Q: Kiss was such a visual band. Why did you leave things with “Kiss Meets the Phantom of the Park”?

A: When you do something of that caliber, where can you go? After that, what is there left to do? I still don’t understand the end of that movie.

Q: You couldn’t follow that up, even if you tried.

Q: How did Kiss change the music industry?

A: I think we have been a wake-up call to audiences that they don’t have to accept apathy or disrespect from the people onstage – that the people onstage owe you everything. They’re not doing you a favor by being onstage. You’re doing them a favor by showing up. When young people go and see Kiss as their first band, the next band they go to see, they go, “Where’s the fire? When is that guy going to fly through the air? How come they’re not wearing tights and 8-inch heels?” {sbox}