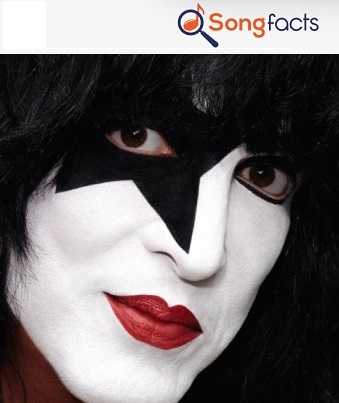 The LA Kiss finished their first season in the Arena Football League with a 3-15 record, but did so with all the fanfare, explosions and bombast you would expect from a team owned in part by KISS members Paul Stanley and Gene Simmons.

In this conversation with Stanley, he talks about bringing the KISS approach to football, and explains why the band is so much more than their music.

Roger Catlin (Songfacts): When I first heard of the L.A. KISS arena football team, I thought: Kiss may not know football, but they certainly know arenas, after four decades of touring.

Paul Stanley: We know arenas and we also know the point of view of trying to give people more for their money, give them an event. The same rules and laws that have made Kiss successful for 40 years apply to pretty much anything else you want to do. I always feel that rather than second guess other people, if I fulfill a need in myself, I will do the same in other people.

I'm not a sports aficionado but the idea of being able to take my kids or go with friends to see an event that not only brings in the gladiator competition but is also spectacle – great women dancers, BMX bike riders, pyro – that's why we came into the AFL.

The AFL, in my way of thinking, is the black sheep of football. LA Kiss is the black sheep of the AFL. But clearly we're doing something right because in spite of whatever our record is to date which gets scrutinized much more as a starting team understandably, we had 8,000 season tickets sold for this past season and we'll hopefully double that for the next.

Songfacts: How does this square with Kiss the band, though?

Paul: For us, I think that Kiss is much bigger than rock 'n' roll. It's a way of life, it's a way of viewing challenges, so it made perfect sense. It wouldn't to most bands, but let's face it, most bands aren't the sharpest pencils in the box.

Songfacts: Was there skepticism in the league when Kiss came in to buy a team?

Paul: Sure. Of course. The league, interestingly, for as much as they want to promote themselves, I think there was a certain reluctance that we would overshadow them, which really had to be calmed because anything that's good for LA Kiss is good for AFL.

Songfacts: How do you think Kiss managed to last 40 years?

Paul: I think that clearly we're a little bit more insightful, a little brighter, a little bit more motivated, and also know how to achieve the goals that we set for ourselves. And somehow, for some people, that's counter the rock mentality, which is somebody else's loss.

I didn't do this either to become a dead legend or to wind up working in a car wash talking about my hit record from 10 years ago.

Songfacts: Does your show change when you go out on tour?

Paul: Coke ran into a big problem when they came up with New Coke. Why do you need New Coke if Coke is selling? If you want Pepsi, you can buy it.

So I think for our fans, they want something that's identifiable. You could say brand identity, I say band identity. You want something that immediately harkens back to the beginning in some way or fashion. In fact, we're always moving forward. It's 40 years on. But to assume a new identity every time we go on tour would be completely counter to everything we're about. We are as we appear.

Songfacts: Do you change the set?

Paul: I designed this latest stage set, which is arguably our best. People believe, and I'm in agreement, it's probably the best stage that we've had. We're not going to suddenly come out in red leather this year. We're not going to paint our faces green. We are Kiss. And arguably we're the most readily identifiable band in the world. We can go anywhere in the world and show somebody the photo and they may not know the individual names, but they'll tell you that's Kiss.

Songfacts: I was thinking more of the song list when you're on tour. Does that change?

Paul: Well, we're in this enviable position that's also our cross to bear. We have so many songs that are considered classics, that it's hard to shift the set very much because people expect to hear certain songs.

Look, we don't come and play every week. So if you come and see us every couple of years, you get to hear a certain stable of songs. Perhaps we'll change up four or five of them, but it's tough when you have that many songs.

Songfacts: And people want to hear them all.

Songfacts: Who are you seeing in your audiences these days?

Paul: It's a terrific audience because our audience at this point is almost tribal. It's gone beyond a rock concert. You have fathers bringing their children, you have families coming. Rock tends to be very age-specific, demographic-specific, whereas with us, that doesn't apply.

Most concerts, you don't want to see your little brother there. God forbid you see your dad there. But at Kiss, everybody is part of this huge secret society, so it has a very different feel to it. Some parents bring their kids almost as a right of passage.

This is much bigger than rock 'n' roll. I always say: Kiss is a phenomenon. Rock bands make music, phenomenons impact society.