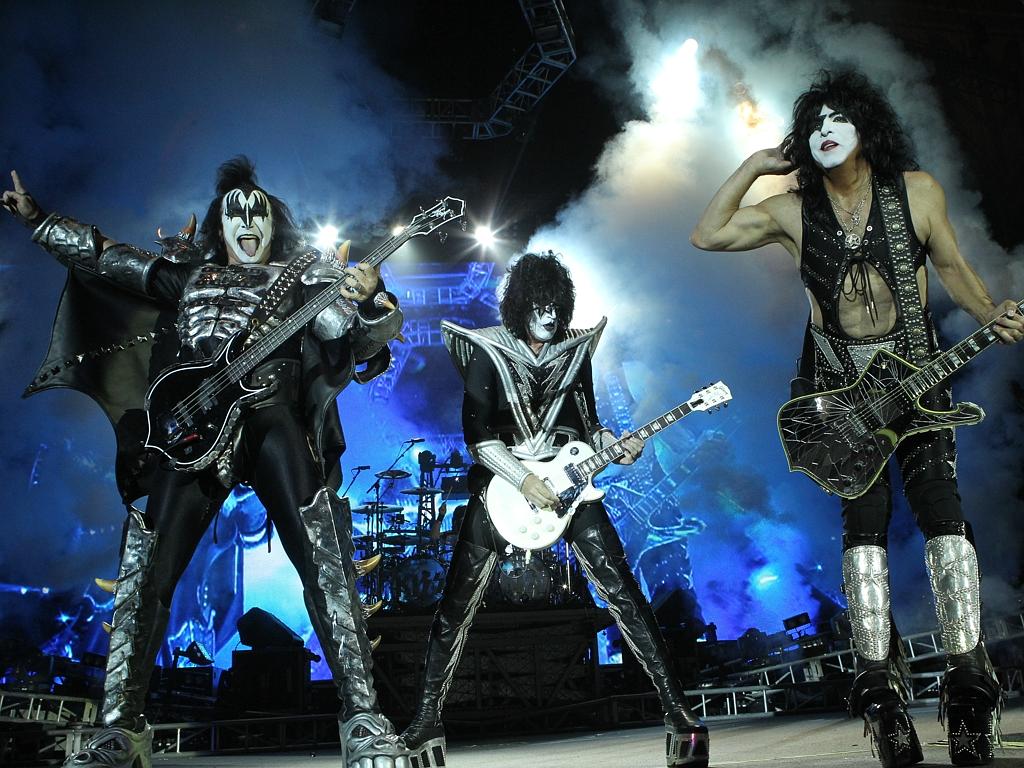 THEY say if it ain’t broke, don’t fix it. After 42 years, KISS know exactly what their loyal fans love and continued to deliver it in spades with a spectacular show at Perth Arena.

Kicking off the Australian leg of their world tour in front of a sea of painted faces, the legendary US rockers spared no effort or energy in pulling out all their signature gimmicks just as big and as loud as ever.

Before descending from the arena roof on the 43,000kg, fire-spewing rig called The Spider, the band yelled “All right, Perth! You wanted the best, you got the best — the hottest band in the world, KISS,” sending the crowd into an expectant frenzy.

While Gene Simmons ceremoniously slid his famous tongue up and down his bass guitar, breathed a ball of fire and let fake blood bubble down his chin as he played the role of the Demon, Starchild Paul Stanley stuck his guitar pick on his tongue, showing it off to the photographers in the pit below, shimmied and shook, and caught a zip line over to a small rotating stage in the crowd.

Spaceman Tommy Thayer took on an epic solo, shooting fireworks from his guitar, while Catman Eric Singer rose to the roof on his drum kit.

Of course, with The Spider, which features 220 automated lights and 900 pieces of pyrotechnics, powered by 400,000 watts of sound, there was fire — and lots of it.

But the band were hardly just going through the motions as they worked through their finely tuned and carefully choreographed routine.

And, in the same way they have stayed the same, they implored Perth not to change its make up.

“Stay the way you are,” frontman Paul Stanley told the screaming crowd, after describing the city as a “little gem”.

Later, he added: “Every time I get up on stage here, it’s an honour to be able to play for you people.”

The three-song encore featured Shout it Out Loud, I Was Made for Lovin’ You and Rock and Roll All Nite as huge amounts of confetti rained down on the satisfied crown and more fire blasted from the stage.

The band will perform in Adelaide on Tuesday before playing shows in Melbourne, Sydney, Newcastle and Brisbane.