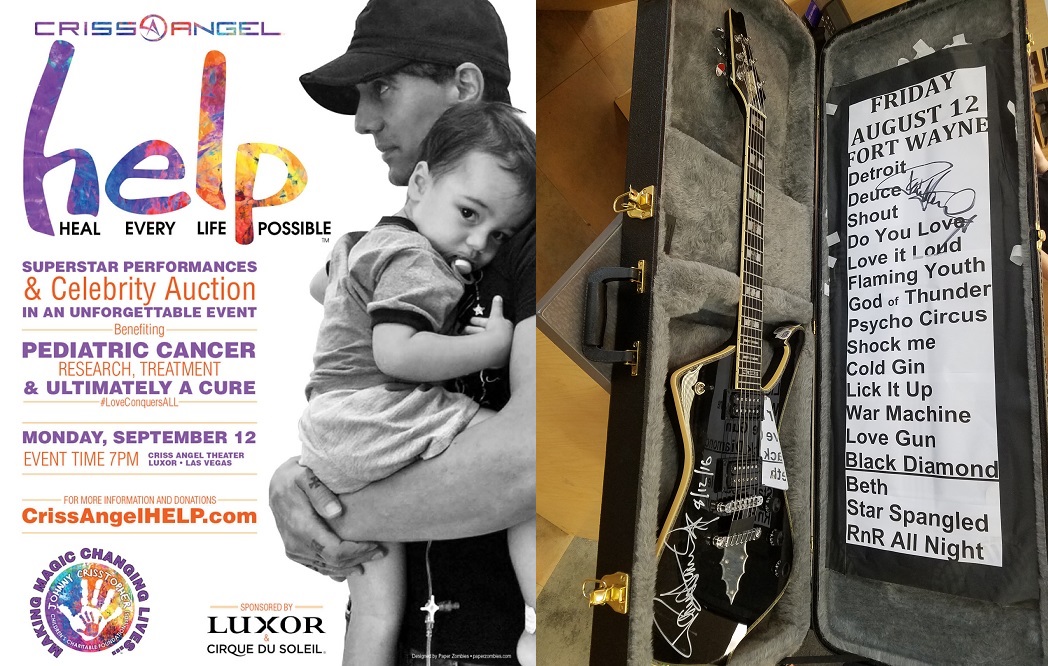 Superstar magician Criss Angel will bring some of the world’s biggest stars together in a star-studded one-night only performance benefitting pediatric cancer research and treatment with the aim of finding a cure.

MISSION STATEMENT
The mission of the Johnny Crisstopher Children’s Charitable Foundation, a 501(c)(3) organization, is to raise awareness of pediatric cancer and provide funds for research, treatment, and – ultimately – a cure. Unlike many other non-profit charities, 100% of your donation will go directly to this fight; NOT one cent will be deducted for ANY expenses, salaries, or overhead. Criss Angel has funded the operations of the foundation out of his own pocket since its inception in 2008. It has now become his life’s mission (after working with childhood causes since 2001) when recently his own child, Johnny Crisstopher was diagnosed with leukemia in 2015 at 20 months old.