Paul Stanley on His Passion for Painting & the Future of KISS 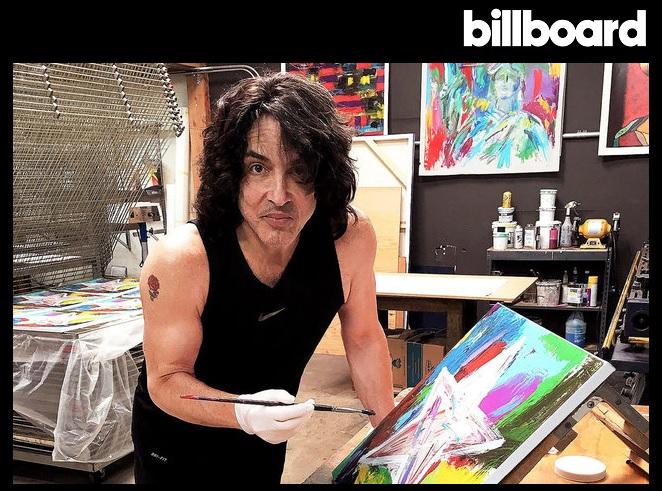 We’re used to seeing Paul Stanley on the road playing new music. But this coming weekend he’s making a pair of Florida appearances for a different kind of art.

Stanley will be showing off his paintings and sculptures on Friday (Feb. 9) and Saturday (Feb. 10) at the Wentworth Gallery in Fort Lauderdale and Boca Raton, respectively. He might not rock n’ roll all night at either locale, but Stanley feels like these events are their own kind of parties.

“I enjoy going to the galleries,” Stanley, who studied art as a youth and returned to active painting a decade ago, tells Billboard. “I enjoy meeting people. People acquire pieces and we get a chance to talk about those pieces and I’m interested in their take and what they’re getting out of the piece. I’m a big believer that people are intimidated by art and theater because critics have intimidated them. Nobody needs to be told what good art is; Good art is what you like and bad art is what you don’t like. I would love to get people to realize they don’t have to justify their opinions about anything and just find what makes them happy and embrace it. I hate when people preface what they’re going to say with, ‘Well, I don’t know anything about art.’ There’s nothing to know. You either like it or you don’t. End of story.”

Stanley’s Florida exhibitions will include a variety of works, ranging from paintings (including pieces of he and Kiss co-founder Gene Simmons on stage) to an acrylic guitar sculpture that represents some of his most recent artistic interests. “I like dealing with three dimensions,” explains Stanley. “You can only create what you’re capable of creating, as time goes on your skill level increases along with your ability to conceive. The better you are at your skill the more you can think further, beyond your comfort zone, so to be doing these plexiglass pieces is very, very interesting.”

Stanley, who also fronts a 13-piece R&B group called Soul Station, has more time for his visual art in what looks like a light year for Kiss. The group has a handful of festival and headlining dates during July in Spain and Portugal but will be spending most of the year off the road. And Stanley freely acknowledges that: “I don’t want to go leave home. I have a family and I have children and, honestly, I think my primary responsibility is to be a dad and I don’t want to miss out on that. And certainly as we got older we know that life is finite and I pick and choose what I want to do at this point.” That said, Stanley does expect that “there’s a world tour down the pike,” though he adds that he’s not sure how many more of those he’s up for.

“The thought of me not being involved certainly comes to mind,” Stanley notes. “I’m not sure about the idea of Kiss coming to an end. We’ve built something that’s so iconic, and I think it transcends any of the members so I can certainly see me not being there, seriously. There was a time where people said it had to be the four of us (Stanley, Simmons, Ace Frehley and Peter Criss) and those people are already 50 percent wrong. So I’m betting (another absence) could be overcome, too.”

Meanwhile, Stanley remains enamored with Soul Station, which recently played a dozen shows in Japan. “We’re working on a mission to really bring Philly soul and Motown live, the way it was done, in the studio,” he says, adding that the group is also considering some original material. “I have some friends of mine who are some of the top producer/writers, and we may do some new material that’s very much in that vein,” Stanley notes.